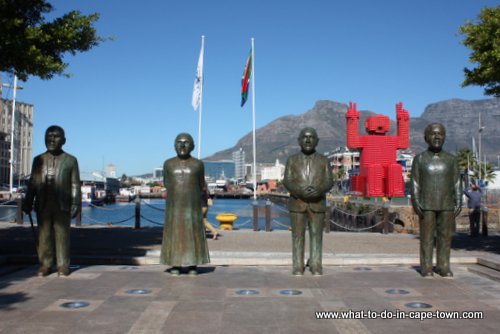 The idea of Nobel Square is to honour South Africa's four Nobel Peace Prize Laureates for the role they played in achieving peace and democracy. Each one at a different time in history.

The sculptures in the V&A Waterfront, stand in the form of a crescent with Table Mountain in the background.

They are slightly larger than life-size and have each individual's preferred quotations engraved in their chosen language in front of the sculptures.

The four Laureates are:

Albert John Lutuli (1898 – 21 July 1967), was a South African teacher and politician. Lutuli was elected president of the African National Congress (ANC), at the time an umbrella organisation that led opposition to the white minority government in South Africa. Tutu has been active in the defense of human rights and uses his high profile to campaign for the oppressed. He has campaigned to fight AIDS, tuberculosis, poverty, racism, sexism, homophobia, and transphobia. Frederik Willem de Klerk, known as FW de Klerk, (born 18 March 1936), was the seventh and last State President of the apartheid-era South Africa, serving from September 1989 to May 1994. De Klerk was also leader of the National Party from February 1989 to September 1997.

De Klerk is best known for engineering the end of apartheid, and supporting the transformation of South Africa into a multi-racial democracy by entering into the negotiations that resulted in all citizens, including the country's black majority, having equal voting and other rights.

He was one of the Deputy Presidents of South Africa during the presidency of Nelson Mandela until 1996, the last white person to hold the position to date. In 1997 he retired from politics.

Nelson Rolihlahla Mandela (born 18 July 1918) is a South African politician who served as President of South Africa from 1994 to 1999, the first ever to be elected in a fully representative democratic election.

Before being elected President, Mandela was a militant anti-apartheid activist, and the leader and co-founder of Umkhonto we Sizwe, the armed wing of the African National Congress (ANC).

In 1962 he was arrested and convicted of sabotage and other charges, and sentenced to life imprisonment. Mandela went on to serve 27 years in prison, spending many of these years on Robben Island.

Following his release from prison on 11 February 1990, Mandela led his party in the negotiations that led to the establishment of democracy in 1994. As President, he frequently gave priority to reconciliation, while introducing policies aimed at combating poverty and inequality in South Africa.

In South Africa, Mandela is often known as Madiba, his Xhosa clan name; or as tata (Xhosa: father) Mandela has received more than 250 awards over four decades, including the 1993 Nobel Peace Prize. The Peace and Democracy sculpture, also found on Nobel Square, is a narrative work acknowledging the contribution of women and children to the attainment of peace in South Africa.

All five sculptures are cast in bronze and stand on a granite area of 386 square meters. 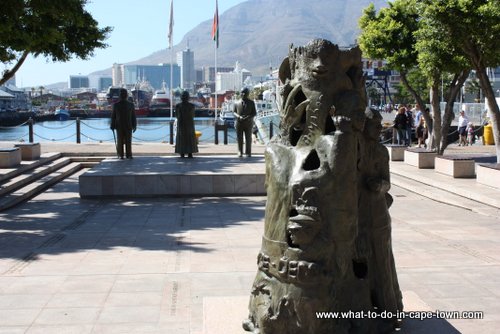 Other attractions in the Waterfront 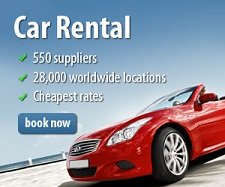