Cape Point is at the south east corner of the Cape Peninsula and it forms part of the Table Mountain Nature Reserve. This is without doubt one of my favourite Cape Town attractions.

Contrary to popular belief, it is not the place where the Atlantic meets the Indian Ocean and neither is it the southernmost point of Africa.

The drive to the point must be seen as part of the outing and should not be rushed.
On the eastern peninsula drive, you get to see Muizenberg, Fish Hoek and Simon's Town. 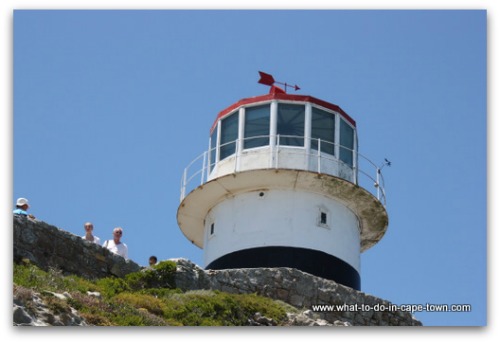 Most visitors to Cape Point visit the Old lighthouse built in 1860. Because it was too often hidden in clouds, a newer one was built closer to the sea in 1914.
Perched further down the cliffs, it’s the most powerful lighthouse in South Africa. 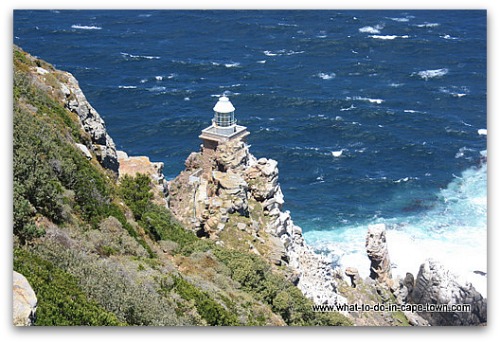 If you cannot, or don't want to climb the steps to the old lighthouse, you can take the Flying Dutchman funicular. 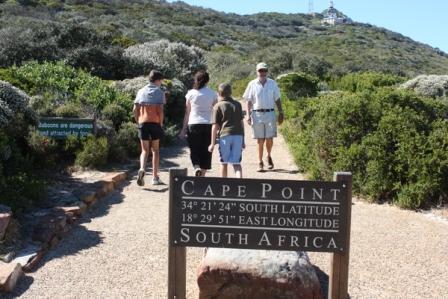 My advice - take the funicular if you are unfit as it is quite a walk!

At the car park there are gift shops and the Two Oceans Restaurant with great big windows where you can take in the awesome views.

Here one can retreat from the wind and have a bite to eat with no danger of baboons snatching your food. 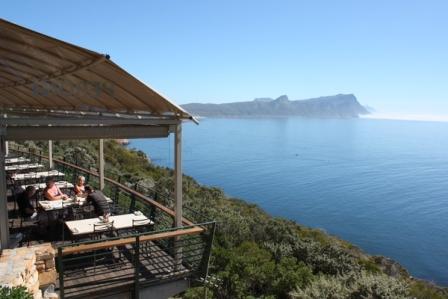 The view from the Two Oceans Restaurant

At the Buffelsfontein Visitors Centre you’ll be treated to displays and audiovisual presentations to enlighten you on the history of the area and what to expect in the park.

There are many paths for strolls and longer walks. The shortest is just a 15 minute amble through choice fynbos to the Smitswinkel viewpoint.

A great coastal walk is the Shipwreck trail starting at Olifantsbos on the western side of the reserve. 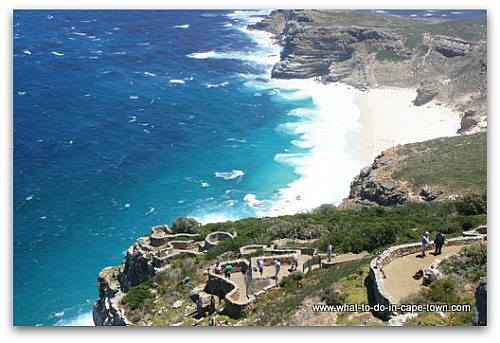 On the eastern side at Bordjiesdrif and Buffels Bay are safe tidal pools for swimming, as well as picnic and braai spots. 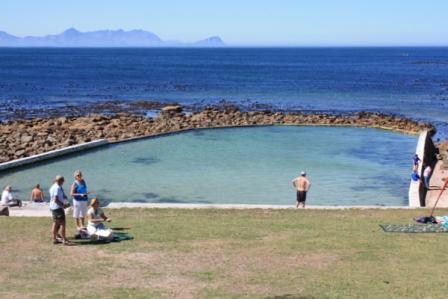 One can spot various Cape antelope species like the endemic Bontebok rescued from extinction in the last century and the extremely rare Cape mountain zebras.

Birders will thrill at the sight of peregrine falcons plummeting down from the cliff tops, African black oystercatchers hopping about the rocky shore, ocean birds soaring about and sunbirds flitting amongst the fynbos.

Surfers have lots of breaks to choose from, although the eastern side needs the huge winter swells to wrap around the Point before it gets surfable.

With so much to do and see at Cape Point, one can easily spend a whole day here.

Beware of the baboons if you have food. They are quite arrogant and aggressive and target children to snatch the food from.

Get a wild card. This card is valid for one year and allows you free entrance to all parks, reserves and resorts of SANParks and CapeNature.

Things to do at Cape Point 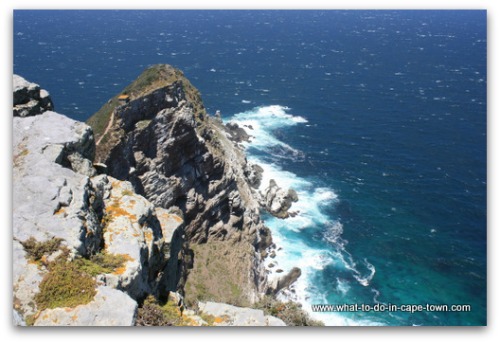