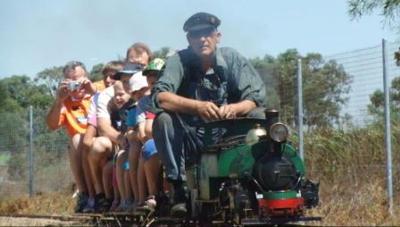 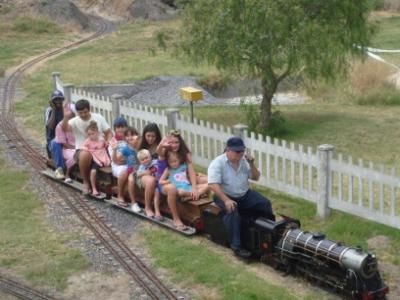 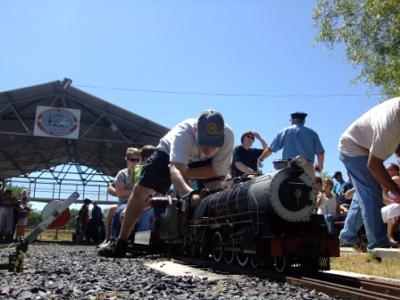 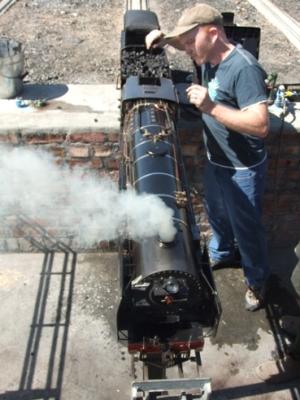 With the drastic decline in steam train tours in the Western Cape one wonders where one can once again see or travel on a real steam train, those heroic machines which have intriqued young and old alike.

Being a member of the Cape Western Vintage Railway Society I had heard about a group who built working model steam locomotives and used them to pull passenger trains on the weekends.

I ventured to the sports complex behind the Ajax soccer club and saw smoke rising and as I entered the gates I spotted a tiny steam train chuffing along a railway line, no wider than a 30cm ruler, pulling a driver and 8 passengers on separate coaches.

I was dumbstruck when I saw it, how could such a small locomotive, slightly bigger than a large toaster, be pulling such a load? Speaking to some of the seasoned members I learned that the society was called the Western Province Live Steamers, it had been established in the 1980's on the Goodwood Showgrounds but had been moved to Parow.

The members had built the line themselves and it consists of 2 loops the outer loop being aprox. 700m and the inner loop aproximately 300m.

Tickets are R 3.00 per passenger and all are welcome.
When visiting the railway it is difficult to tell who is enjoying themselves more the children or the adults.

Hours:
Open to the public on the first Saturday of every month from 1pm till 4 pm.