The Wildlife Photographer of the Year exhibition 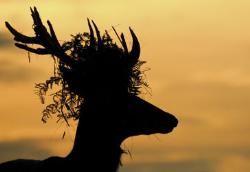 The Wildlife Photographer of the Year competition is an international showcase for the very best photography worldwide featuring the beauty, wonder and importance of the natural world.

Since its inception in 1964, the Wildlife Photographer of the Year competition draws in thousands of entries, and this year it attracted a record-breaking 43,135 entries from 94 countries.

The winners of the 2009 competition were announced at an Awards ceremony in October at the Natural History Museum, London.

These 95 winning photographs will be exhibited at the Iziko South African museum in Cape Town, 25 Queen Victoria Streetfrom 10 December 2009 – 13 March 2010.

Price:
Entrance fee is R15 per adult, R5 for students and pensioners, no charge for children under 16.