The Owl and the Pussycat at the Masque Theatre 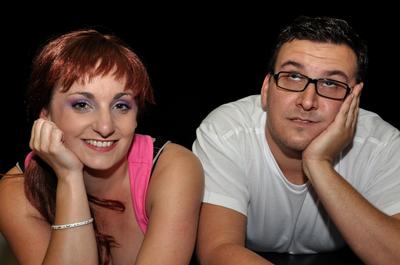 A funny, poignant and thought provoking play set in a San Francisco loft apartment. The cause of all the fuss begins when aspiring author Felix focuses his binoculars on a prostitute plying her trade in the building next door. He complains to her landlord about the shenanigans and she is duly evicted. That night he has trouble pounding on his door in the form of Doris, not a prostitute but an aspiring "model and actress," thank you very much. She concludes he owes her a bed for the night, an arrangement that leads to hilarity and introspection. Felix’s sensitivities are constantly tested by Doris and her misguided aspirations, as she pushes the boundaries of an unlikely relationship.

* Performance on Wednesday 27 February (8:00 pm) is given in aid of the Andrew Merryweather Fund. Andrew was left paralysed and in a wheelchair in a tragic incident in September of 2006. The fund aims to finance a specialised “Walk Suit” to get Andrew independently mobile again.

The Owl and the Pussycat opens Friday the 22nd of February and runs until Saturday the 2nd of March. Tickets are R65 for evening performances and R55 for Matinées, Thursday 28 and Wednesday 27 February. Theatre Club members discount: R10