Cape Town Beaches are renowned as some of the better beaches in the world to enjoy family outings, watersports and spectacular sunsets and scenery.

These are the beaches bordering the Atlantic Ocean and ocean temperatures range from 10 - 14 degrees C.

The culture of these beaches is also rather up market and fashionable. This is where you will find the trendy coffee shops, restaurants and bars.

The most popular beaches on the Western Seaboard are:

Clifton is known for skimpy designer swimwear, high-fashion sunglasses and well-toned bodies. Yachts, speed boats and jet ski's come and play in the bay giving it the atmosphere of a Mediterranean resort. 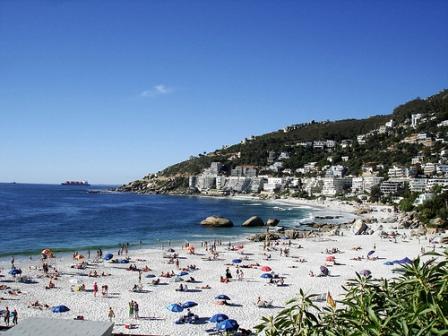 Set against the Twelve Apostles mountain range, Camps Bay beach is one of Cape Town’s most beautiful beaches. Good restaurants thrive nearby.
It also hosts numerous events like an international beach volleyball tournament and the popular Summer Beach Festival. 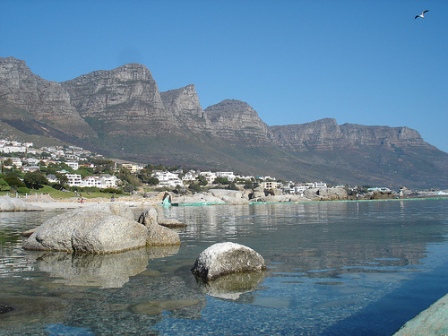 Llandudno beach lies at the base of the steep slopes of the Twelve Apostles Range and is flanked by huge granite boulders.
Here is excellent surf and it is relatively protected from the winds.

Not far from Llandudno, is Sandy Bay, well-known as only nudist beach and is popular with the gay community. 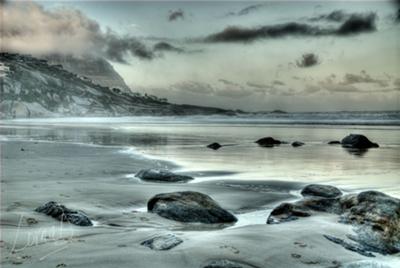 Llandudno Beach early in the morning (Photo by LornaD)

Sea Point is not really one of the Cape Town beaches (though there is a swimming pool), but strolling along the promenade is a favourite activity for many.
Sea Point has many eateries and bars along with a vibrant nightlife.

Blouberg is popular for swimming, kite-surfing and surfing and it is from here that Table Mountain can best be seen and photographed.

These are the beaches bordering the False Bay and they are more family orientated beaches.
The water is warmer than at the Atlantic beaches (usually 3-4 degrees warmer) and are great swimming beaches.
Many are manned by lifeguards so that swimming water sports are relatively safe.

The most popular beaches on the Eastern Seaboard are:

Boulders Beach in Simonstown, is home of an African penguin colony which can be viewed from boardwalks. At the small beach you will also share the water when you take a swim.
Simons Town is known for its with pubs, galleries, antique shops and souvenir shops ensuring opportunities for browsing and finding that special gift. 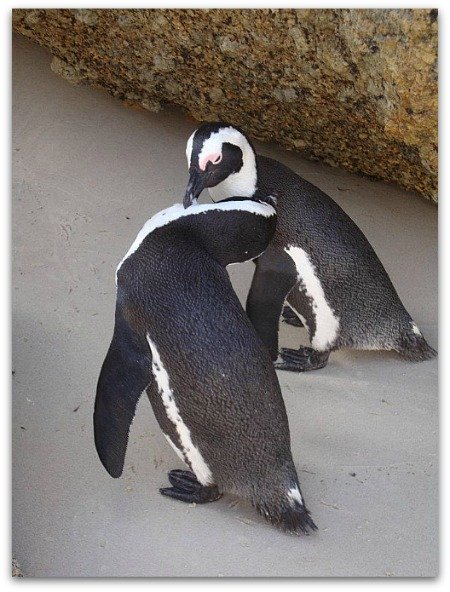 Muizenberg Beach is best known for the brightly painted beach huts. This is a major surfing spot in Cape Town.
A path next to the beach allows for an easy stroll to neighbouring beaches St James and Kalk Bay.

Strand and Gordons Bay are safe family beaches a 40 minute drive from the city. The warmer water of the False Bay makes these beaches popular for water sports. 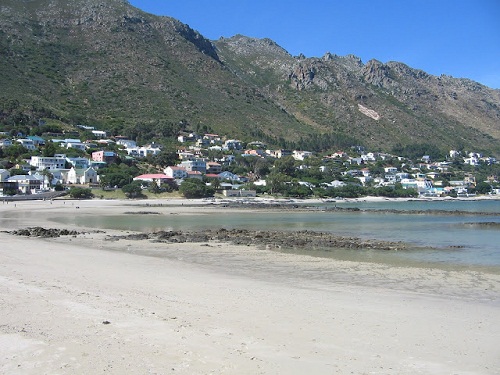 South Africa was the first country outside Europe to have had beaches awarded the international recognised blue flag status.
This gives visitors the knowledge that these beaches safe and clean and adhere to international safety and other tourist standards.

The following Cape Town beaches have been awarded this prestigious status:

The only thing that you must now do, is to decide which one you want to visit. Having said that, it is not that easy a choice as there are so many great beaches.

The following factors should influence your decision on which beach to visit.